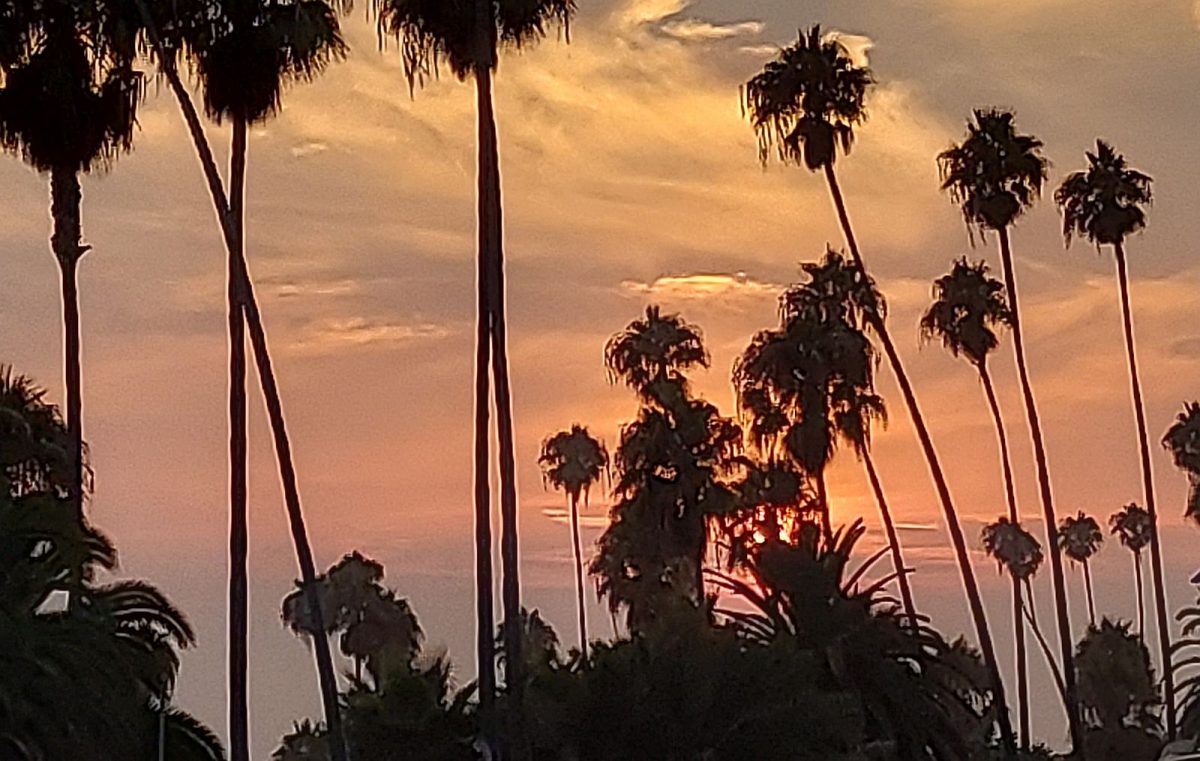 On a breezy summer evening, seated in an amphitheater carved from the cliffs above Laguna Beach, I attended my first Pageant of the Masters. It’s an elaborate production that stages living reproductions of famous works of art accompanied by a live orchestra. Performers in makeup and costume step into carefully constructed scenes, and transform into the subjects of well-known pieces through the wonders of lighting and stage magic. As part of the beach city’s Festival of the Arts, Pageant of the Masters has been performed every year since 1933, with only a brief hiatus for World War II and a cancellation last year due to COVID-19. As patrons of the arts filled the Irvine Bowl for this year’s return to form, there was a buzz in the atmosphere that couldn’t be wholly attributed to the wine I’d had at Terra Laguna Beach – the upscale al fresco restaurant attached to the festival grounds, fine dining in the unique space that used to be known as Tivoli Terrace. Pageant of the Masters is a beloved Orange County tradition. All the OC natives I’ve mentioned it to have stories to share, their parents taking them to their first Pageant often being among their earliest childhood memories. This post-2020 performance felt resurgent and triumphant.

Every year the works chosen to be depicted in the Pageant share a common theme. This year, the theme was “Made in America.” Like a lot of Americans, I have complex feelings about my country at the moment. I love it deeply, but at times it doesn’t feel like we have much to beat the drum and wave the flag about. American patriotism can be like a failing marriage – you ask yourself if you really love what it is, or only what you wish it could be. Even the word “patriotism” has been blighted by nationalists in this “third-world country in a Gucci belt.” I wasn’t sure if I was ready for a night of applauding Washington Crossing the Delaware set to Yankee Doodle; cheering for white Europeans that enslaved people and massacred an indigenous population to get out of paying taxes and give themselves a chance to play liberal democracy in stockings and powdered wigs. In my opinion, at least, there’s already been enough deification of our founding fathers and other prominent historic figures. They were human beings like any of us; flawed, selfish, and sometimes blinded by their own cultural biases. Whatever else they were, we do our future an injustice by denying ourselves the opportunity to examine their mistakes and learn from them. Glossing over their imperfections and pretending our nation’s history isn’t at least equally condemnable as it is praiseworthy is a disservice to all Americans, and we do it far too often. Safe to say, I brought with me to the theater a set of reservations.

END_OF_DOCUMENT_TOKEN_TO_BE_REPLACED 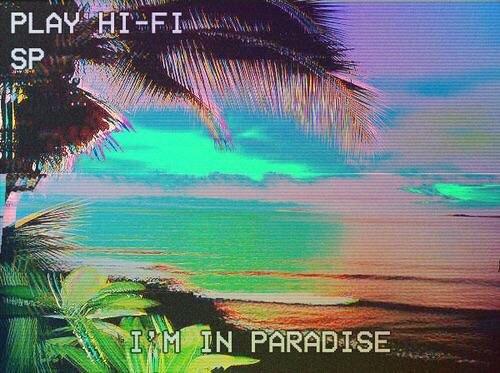 I’m not a person that would generally think of himself as a Disney fan. I like Star Wars, but despite Star Tours it wasn’t a Disney property yet in 2006. I’m interested in 2d animation as an art form, and Walt Disney’s innovation in that field is hard to ignore, but that was a hundred years ago and honestly I’m kind of in the same camp as John K about it. But I was in Anaheim for a training seminar, and after lunch one day, when the agenda was looking especially dry, my boss mercifully handed me a hundred dollar bill and said “I’ll stay here for the sessions, do you want to go to Disneyland?” It was an easy decision.

While I don’t know that I’d have ever made a trip to California just for Disneyland, it turned into an excellent day. October is the off-season so lines were short and nothing was crowded. Like any good teenage goth I had that Tim Burton/Oingo Boingo phase, so Haunted Mansion rethemed for Halloween with The Nightmare Before Christmas was a memorable experience. And I joked for a long time that my parents never took me to Disneyland when I was kid, so I owed thanks to my boss for righting old wrongs.

I’ve looked back on that day often, but it’s not just because Disneyland exceeded my expectations. We hadn’t rented a car, so I was on foot for the couple of blocks between the convention center hotel and the park entrance. The weather was lovely, all blue skies and palm-tree-lined sidewalks. Besides being my one and only trip to Disneyland, what makes the day memorable is that sunny fall afternoon was the first time I pictured myself living in Southern California.

END_OF_DOCUMENT_TOKEN_TO_BE_REPLACED

Time spent in sharpening the axe may well be spared from swinging it.

If you can’t be good, be loud.

Don’t be fooled by the calendar, there are only as many days in the year as you make use of.

My childhood exposed me to a unique blend of religious and philosophical viewpoints. My mother came from a deeply devout Southern Baptist household, but she met my father during a bit of a ‘prodigal son’ phase after she dropped out of bible college. My father probably would’ve identified as Christian if asked – he’d been to church when he was a kid, he’d said a “prayer of salvation” one time – but it wasn’t a very big part of his world view. I’d say in practical, day-to-day terms, he was really some kind of Apatheist Randian Objectivist back then, although probably neither he nor I would’ve been smart enough to know that in the dark ages before Google.

They worked really hard at trying to find a balance for how to raise me, while still trying to navigate what they believed, as well as find compromises on what kind of lifestyle we’d have as a family. I’m grateful that I had parents that were willing to make that kind of effort. But it did lead to some pretty unusual circumstances at times. Dad’s outlaw biker friends taking over our living room, throwing darts, and listening to Alice Cooper records on a Saturday night; then Mom getting me up the next day to go to Sunday School. Mom dropping me off at my Montessori kindergarten in the morning, Dad picking me up in the afternoon in his 60’s Dodge with a roach in the ashtray (I need to ask him sometime about that car – I think it was a Coronet, but he sold it when I was still pretty young, and I don’t really remember).

As I got older, my mother started exploring the charismatic movement, even though that put her at odds with her parents that, like most Southern Baptists, trended more towards cessationism. So even just within Christianity, I got exposed to a lot of opposing views on the nature of and his relationship to humanity.

For my own part, once I was old enough to start wanting to make my own decisions about what I believed, I explored a lot of different avenues. I took a year of seminary classes. I read a lot of Classical Greek and 17th and 18th-century German philosophers. I had brief Tzu phases, both Sun and Lao. I was a LaVeyan Satanist for a while. At different times I’ve described myself as an atheist, an agnostic, or a Deist. I’ve argued the internet both in support and in rebuttal to, the Epicurian paradox. I got ordained as a Unitarian Universalist. I joined a megachurch and played guitar in the worship band for a couple of years. I’ve been saged, baptized (dunked and sprinkled), anointed with oil, cleansed, and had my tarot read. I’ve been to enough different communions to have brand preferences about wafers. I may have memories of a past life. I’ve spoken in tongues, I’ve laid on hands, and I’ve handled snakes (although that last one wasn’t a religious thing, I just like snakes). I know the difference between a pentacle and a pentagram, but I’ve doodled both.

These days my stances don’t swing quite so wildly anymore. My pendulum has settled somewhere around the middle of the Dawkins scale, although it doesn’t really have an option to perfectly describe where I’m at (“Most of the time I feel like there’s some kind of god or gods, but I acknowledge there’s no rational evidence to support that”). The only thing I believe “beyond a shadow of a doubt”, as the Baptists used to say, is that nobody knows for sure if the divine exists or what (if anything) happens after we die, and anybody that claims to is trying to sell you something. And while I find lofty speculations about metaphysics and the supernatural fascinating, what I feel like is a lot more important are the tenets we live our everyday lives by.

Self-proclaimed comedian Steve Harvey had a lot of people rightfully annoyed at him a few years ago over his statement that you can’t trust an atheist because they don’t have any basis for morality (he actually said “Where’s his moral barometer? It’s nowhere.”, and I think the hilarity of the phrase ‘moral barometer’ had as much to do with the viral spread of that clip as the associated outrage did). I don’t want to veer off too much into discussing why he’s wrong – other people have done it a lot better – but, if you’re not going to take any supposed holy book or sacred text as.. well, gospel, you do have to decide for yourself what morality means – what do you base your ‘moral barometer’ on? Where do you look for meaning if you feel there’s a good chance life, the universe, and everything is just a happy accident and no one exists on purpose? Secular humanism is a big one, there’s some great stuff there, kind of the modern outcropping of some of the best ideas by those German philosophers I was talking about earlier. I like Utilitarianism a lot, as well. But after all the religious texts and philosophical works I’ve read in my lifetime, there’s one maxim I hold above all others when it comes to my personal sense of morality and the meaning of life.